Looking for a beautiful new Conservatory? Or perhaps you have one that’s in need of re-furbishing? Either way we will be delighted to help you..

Conservatories come in many styles, shapes and colours

Self-cleaning Glass roofs remain as popular as ever and now come with enhanced heat reflection so you can enjoy the outdoors without overheating.

Solid Roof Conservatories or Glazed Extensions open up a whole new range of possibilities. Ask one of our friendly design consultants about the options available.

Conservatory Refurbishment is now one of our main projects our customers are requesting.

Many are asking us to replace their polycarbonate roofs with the new highly efficient solid roofs which turns what can sometimes be an un useable space into an Extension of the Home.

No matter where you live, we supply and install new conservatories all over East Anglia.

It is simple to get in touch to arrange a consultation, simply click on one of the arrange a Visit buttons on this page

From initial enquiry to completed project, here’s what you can expect from Frames Conservatories Direct.

You can rely on Frames Conservatories Direct to delver an outstanding New Conservatory or Glazed Extension. If it’s a refurbishment you are after then you will be delighted with a revised version that you can enjoy for many years to come. 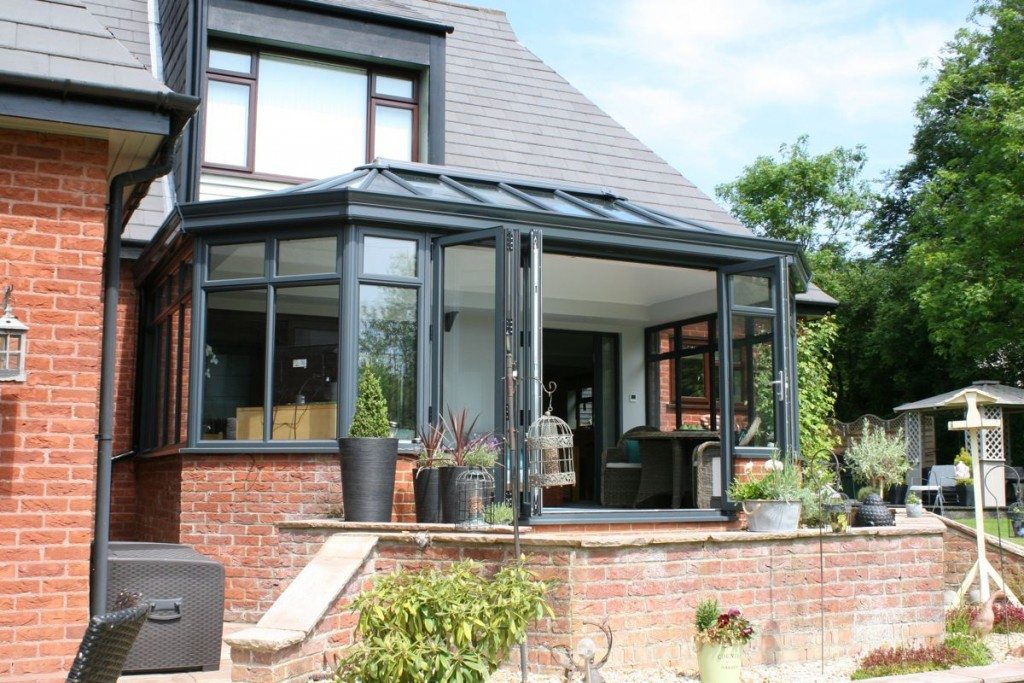 Call For a Quote:

The simplest of designs, the one shown above has the added design flair with the additions of hipped ends.
Learn More

Available in either three facet or five facet, the The Victorian style suits either contemporary or period homes
Learn More

The Edwardian (sometimes referred to as Georgian) is elegantly simple in it design, possibly one of the favourites
Learn More 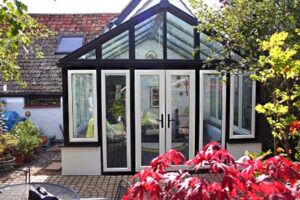 The Gable conservatory gives an air of space with it’s heightened roof design, one of the classic styles for our conservatories
Learn More

A combination conservatory with a Victorian style attached to a lean-to style. Ideal to split the area into casual and say a dining area
Learn More 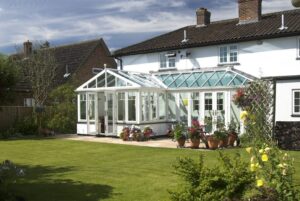 The T shape has the advantage of linking a Gable conservatory with a Lean-to style. It’s a combination of grandeur and space
Learn More

Whatever it is you are looking for we can design and build your perfect bespoke conservatory, by adding styles together

By adding Loggia elements to your conservatory it will start to take on a more structure like appearance, fluted corner posts and matching centre columns

Having a room with a view is one thing, having a separate room in the garden is where a garden conservatory comes into it’s own 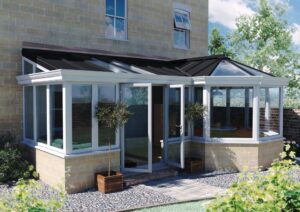 This lightweight solid roof is proving to be our most popular roof system available. Very efficient and keeps the warmth in
Learn More

Our traditional Orangeries are a beautiful addition to any home. Available with a choice of lanterns and built in lighting systems.
Learn More 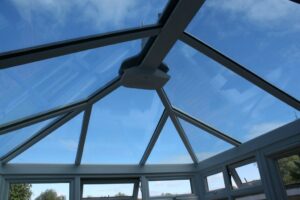 From High specification Polycarbonate to concrete tile, there will be roof option available to suit your conservatory

We refurbish as many old conservatories as we build new ones. Let us breath new life into your conservatory and give you the room you want
Learn More

Let Us Improve Your Home

We only use the tried and tested Conservatory Roof system from UltraFrame, Check out the options below…

Check out some of our reviews on the following independent review sites, simply click a logo below...

Let Us Improve Your Home

There are many questions we get asked when clients are considering adding a Conservatory to their home, here you will find some common questions but if your question isn’t answered here, feel free to ask us below.

Ask us a question

Do I need planning permission for a conservatory?

Conservatories typically do not require planning permission unless your property has something called ‘permitted development rights’ (PDR) removed. Ordinarily you would know if PDR’s had been removed as your conveyancing solicitor should/would have pointed it out. If you’re looking for a conservatory that projects out more than 4 metres from the original back wall of a detached house, then you will need planning permission. It is 3 metres for a semi detached / terraced property. Some developers of new properties put on something called a restrictive covenant for a period of time, these are generally very easy to have lifted for conservatories.

Do building control regulations apply to a conservatory?

Conservatories typically do not require planning permission unless your property has something called ‘permitted development rights’ (PDR) removed. Ordinarily you would know if PDR’s had been removed as your conveyancing solicitor should have pointed it out. If you’re looking for conservatories with bi folding doors that span more than 4m from the original house back wall then you will need planning permission, 3m from the back wall of semi detached properties.

Can you have conservatories without foundations?

Unfortunately, as there are no building control standards applicable, some unscrupulous companies will try and get away with the very minimum they can. It is not unusual for us to come across conservatories that have no foundations supporting them. This becomes an even bigger problem if the property owner wishes to convert a conservatory into a garden room with a solid roof which will gather the interest of a building control officer.

Can you have conservatories with kitchens?

Technically a conservatory cannot be open to the house so it would be peculiar to assume how a kitchen in a conservatory would work. But the rules state as long as there are doors of exterior grade between home and conservatory, the construction will fall outside of building control regulations. That being said, a conservatory that complies to full building regulations would be openable to the kitchen and could make a great addition to any home.

Depending on the size and complexity, conservatories can either be very expensive or very affordable. One thing to bear in mind though, it is a major purchase and as such, where possible, do not overtly allow budget to rule every decision making process you might have. It is always possible to boost your available budget by having your conservatory on finance.

What to consider when designing your orangery or conservatory?

How do I know if I need a conservatory?

Conservatories are subjective and everyone will have a different reason for wanting one and with a range of designs, styles and materials, the choices to make can seem overwhelming. But relax, we have a wealth of knowledge and can help you design the space you want either to dine in, relax in or work in.